David Ward qualified from Westminster Hospital in 1985 and undertook his higher surgical training in London and Surrey, being admitted to the Royal College of Surgeons in London and in Edinburgh in 1989. After a hip surgery fellowship in Switzerland he was appointed as a Consultant Orthopaedic Surgeon at Queen Mary’s Hospital, Roehampton in 1995 and later at Kingston Hospital NHS Trust.  He has been heavily involved in the Elective Orthopaedic Centre since the planning stage and served as Clinical Director until taking over as Medical Director in 2013.

​Conditions he can advise on and treat include hip and knee arthritis, hip impingement, hip tendinopathies, hip fractures, as well as problems related to failing hip replacements and second opinions.   David Ward has a particular interest and expertise in hip replacement surgery, especially younger patients, complex cases and hip revision surgery. Virtually all his work is lower limb joint replacement and he carries out a high volume of hip and knee replacements at SWLEOC.  He is a regular invited faculty member at international hip meetings with areas of interest including ceramic bearing surfaces and uncemented implant fixation.   He is committed to achieving the best possible results for his patients.

In addition to his busy commitments at the SWLEOC he is involved in trauma management at Kingston Hospital and is an expert on amputation surgery, providing the input to the Roehampton Rehabilitation Unit. 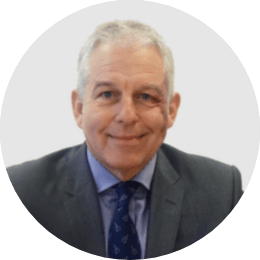